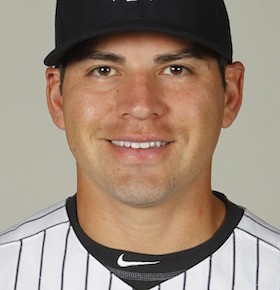 Sports speaker and professional baseball player Jacoby Ellsbury was recently signed by the New York Yankees of Major League Baseball after Jacoby’s second World Series title with the Boston Red Sox in 2013. He stands alone as the only Red Sox player in history to record 30 or more home runs and 30 or more steals in one season (2011). Jacoby is also recognized as the first Native American of the Navajo tribe to play in the major leagues.

Sports Speaker Jacoby was a productive piece to the Red Sox offense and defense during his 7 year tenure with the organization. Heralded out of college at Oregon State University, Jacoby was drafted 23rd overall by the Sox after being drafted by the Tampa Bay Devil Rays out of high school in 2002. His 70 stolen bases in the 2009 season earned him the single season record by a Red Sox for most bases stolen in a season. Although Jacoby is known for his speed and intelligence on the base paths, he is also a strong hitter and won MLB.com’s Defensive Player of the Year award in 2009. His biggest year in accolades came in 2011 after he returned from an injury plagued 2010 season to win not only the Rawlings Gold Glove award but also the Silver Sluggers award alongside teammate Adrian Gonzalez. Jacoby was also awarded the MLB’s 2011 Comeback Player of the Year award after his triumphant return to action displayed his hard-work and dedication to success on the field.

Jacoby is involved in multiple philanthropic events over the course of a given year and in 2010 he partnered with Charity Wines to create his own Zinfandel wine called ZinfandEllsbury and donated 100% of the profits to his Ellsbury Read Project, The Navajo Relief Fund, and Project Bread: The Walk for Hunger.