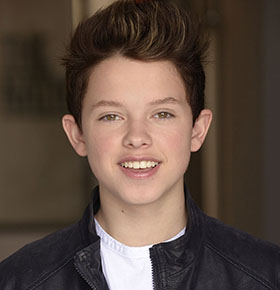 YouTube personality and musical artist for hire Jacob Sartorius is best known for several viral lip-sync videos he posted on the Musical.ly app. He quickly gained even more traction with his dramatic and comedic Vine compilations where he rapidly grew over 900,000 followers before the app’s epic ending. Since then, he’s amassed over 2.5 million subscribers on YouTube, 8.3 million followers on Instagram, 1.3 million Twitter followers, and over 1.2 million likes on Facebook. Jacob has quite the expansive reach over the impressionable Gen Z demographic. Many consider Jacob to be the new Justin Bieber!

After his Musical.ly videos went viral, Jacob’s career as a legitimate recording artist has blossomed. His first single, “Sweatshirt,” was released on May 3, 2016, and quickly found its place on the Hot 100 charts in both the United States and Canada. With the success of his first single, he then went on to drop his first EP, “The Last Text,” on January 20, 2017, featuring 8 songs.

Jacob’s first performance took place at Magcon, where internet sensations can perform and mingle with fans and conference attendees. The rush of performing live and the success of his first few singles and EP catapulted Jacob into his first music tour in 2017 where he performed in over 7 different countries!