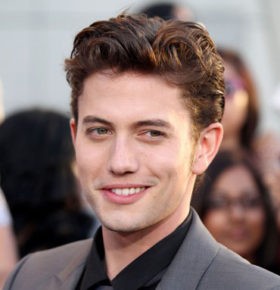 Actor, musician, and celebrity speaker Jackson Rathbone caught his big break in 2008 when he was cast in the romantic fantasy film, Twilight, which was adapted from the bestselling novel of the same name by Stephanie Meyer. Twilight was the first book of four in the Twilight series, all of which topped the New York Times Best Seller list for several years. All four books in the series were made into movies, starring Jackson Rathbone as Jasper Hale, a member of the famous vampire family, the Cullen’s. Rathbone portrayed Jasper in each of the four films following Twilight, including The Twilight Saga: New Moon in 2009, The Twilight Saga: Eclipse in 2010, The Twilight Saga: Breaking Dawn – Part 1 in 2011 and Part 2 in 2012. Jackson quickly rose to fame as the popularity of the books and films grew exponentially as the movies were released. Three of the films remain among the top ten highest earning films opening weekend at the box office in domestic history, earning over $400 million combined.  Jackson and his young co-stars, Kristen Stewart, Robert Pattinson, Taylor Lautner, Ashley Greene, Nikki Reed, and Kellan Lutz went from no-name actors to international superstar celebrities.

Jackson Rathbone has also appeared in acting roles on television series including White Collar, Aim High, No Ordinary Family, Criminal Minds, The Cleaner, The War at Home, and more. Outside of acting, Jackson is also a singer song-writer and music producer. His band 100 Monkeys has released three albums and went on a 100-city tour to every state in the US in 2010 followed by an international tour in 2011.