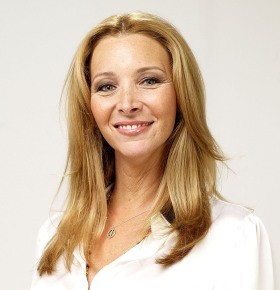 Celebrity speaker Lisa Kudrow was not always sure about her acting career. There was a time when she thought nothing of acting being a part of her life, but with the push of family friends and the continued support she was able to perform her talents with some of the biggest actors/actresses to ever grace the stage.

Kudrow grew up in Los Angeles. As she grew older she planned to follow in her father’s footsteps and become a doctor so she graduated college with a degree in biology. Although she was not thinking about acting, something in her brother’s childhood friend, comedian Jon Lovitz possessed him to persuade Lisa to begin her comedic career. He must have done a very good job at this because after a short time Lisa took his advice. She joined an improv group in California where she met Conan O’Brien. After being taken under the wing of the group leader, Lisa honed her acting skills giving her the talent and confidence to truly begin her acting career. She has had the opportunity to play on shows such as Cheers, and even tried out for SNL in 1990. In 1992 she broke into television getting her first recurring role in Mad about You. Just two years later Lisa received the opportunity of her life by being selected to play Phoebe on the NBC sitcom Friends where she worked with Jennifer Aniston, Courtney Cox, and Matthew LeBlanc.

In 1998 Lisa won an Emmy award for her role as Phoebe Buffay on Friends. The award was for Most Outstanding Supporting Actress in a Comedy Series. She has also won other acting awards such as Screen Actors Guild Awards, Gracie Allen Awards, and Webby’s. Throughout her career she has received nine Emmy Award nominations, twelve Screen Actors Guild Award nominations, and a Golden Globe Award nomination. Lisa continues to support many charity foundations including Feeding America, Clothes off our Back, and Dress for Success.