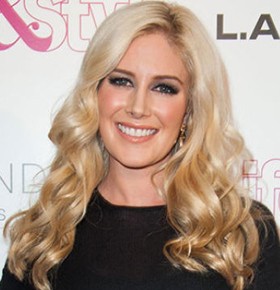 Reality TV Speaker Heidi Montag has come a long way from her small town life in her hometown, Crested Butte, Colorado. Although she has only been on the radar in Hollywood for less than ten years, Montag has established herself as a singer, television personality, author, and fashion designer in that short amount of time. Heidi is best known for being one of the main characters on MTV’s hit reality show, The Hills, which was a spin-off series to MTV’s other hit reality show, Laguna Beach: The Real Orange County. The Hills followed Lauren Conrad as she moved from Laguna to Los Angeles in pursuit of a degree from the Fashion Institute of Design & Merchandising followed by a career in the fashion industry.

As Lauren met and became friends with Heidi, she was added to the show’s cast along with fellow reality TV stars Audrina Patridge and Whitney Port. Montag appeared on the series for the six seasons it ran on MTV and met her future husband, Spencer Pratt, in season two. The widely publicized relationship with Pratt proved problematic for Montag’s personal life as viewers tuned in weekly to see the deterioration of her friendships, working relationships, and even her relationships with her own family.

Following the end of the series, Reality TV Speaker Heidi showed off her musical talents in 2009, releasing several songs including “More Is More” which made it to #50 on the Billboard Hot Dance Club Songs chart. The same year, she and Spencer appeared on the reality competition series I’m a Celebrity… Get Me Out of Here! Heidi also appeared as a contestant on VH1’s series Famous Food in 2011 as well as Celebrity Big Brother in 2013.