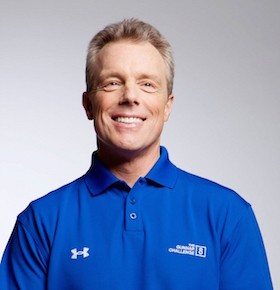 Fitness expert, personal trainer, author and health speaker Gunnar Peterson has made a name for himself in the fitness industry with a reputation working with pro athletes and celebrities. His career stems from his personal struggle with his weight as a child when his mother enrolled him into the Weight Watchers program. Now, as an adult, Peterson spends his time helping others achieve what he has achieved. Gunnar’s clientele includes celebrity actress Angelina Jolie, Modern Family television star Sofia Vergara, reality star Kim Kardashian, music sensation Jennifer Lopez, as well as male actors Matthew McConaughey and Sylvester Stallone.

During his career, Gunnar Peterson has appeared on many television programs spreading the word on his innovative health and wellness strategies. Such shows include The Tony Danza Show, Kris Jenner’s talk show, Kris, The Today Show, Fox & Friends, Extra, and The Big Idea with Donny Deutsch, among others. Also an actor, Gunnar has appeared in acting roles on television series including China Beach, Falcon Crest, Matlock, In Living Color, and The Nanny. On the big screen, Peterson has starred in several films including Rising Sun, Panther, My Fellow Americans, The Fanatics, and Rocky Balboa where he played the Weightlifting Trainer to Rocky, played by client Sylvester Stallone.

Gunnar published his first book in 2004 entitled G-Force: The Ultimate Guide to Your Best Body Ever, followed by The Workout: Core Secrets from Hollywood’s #1 Trainer, which was released in 2005. He has been featured in countless magazines for his work, including Shape, In Style, People, Self, Women’s Health, Men’s Health, In Touch, Allure, and countless others.