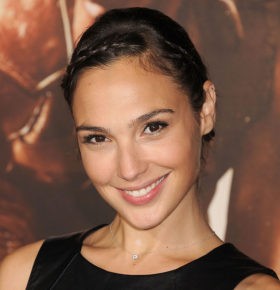 Known for her character in the DC comic series as Wonder Woman, Celebrity speaker Gal Gadot could also be classified as Wonder Woman in real life. An actress, a singer, a model, and martial artist Gal Gadot does it all. To kick off her successful career Gal Gadot at a young age started participating in beauty pageants even winning Miss Israel in 2014 and later competing in Miss Universe all at the age of 18. A short while after she then went off to serve in the IDF, or Israel Defense Forces, as a Combat Instructor for two years. This experience in the IDF is what helped her land the role of Gisele in the film Fast and Furious 4 and was just the beginning of this multifaceted actress’ career.

Following Fast and Furious 4, Celebrity speaker for hire Gal Gadot appeared in other films in that sequel including Fast and Furious 5 and 6. She also took on the role of Wonder Woman in the films Batman versus Superman, Justice League, and Wonder Woman in which she was the first Non-American to play this part and helped this film gross over 8.2 million dollars. Additionally, because of her ability to capture and showcase the feminine persona as Wonder Woman, she was included on 2018’s Time Magazine’s annual list of 100 most influential people in the world as well as being named the new Revlon Global Ambassador. Her apparent talent led her to win numerous awards such as a Teen Choice Award for Choice Movie Actress, MTV Movie Award for best fight, as well as Critic’s Choice #SeeHer Award. Gal Gadot is consistently amazing and impressing audiences with each and every role she takes on, making her a superb choice product endorsements targeting millennial women.

BUSINESS ENDEAVORS: Jewish speaker for hire Gadot has led international campaigns as a model for Miss Sixty, Huawei smartphones, Captain Morgan rum, Gucci fragrances and Vine Vera skincare ranges, and Jaguar Cars. In 2015, she became the face of Gucci’s Bamboo perfume brand. She has been featured as the CoverGirl on Cosmopolitan, Glamour, Bride Magazine, Entertainment Weekly, UMM, Cleo, Fashion, Lucire, FHM. In addition, Gadot has been the main model for fashion brand Castro in 2008–16. In 2013, her combined annual Modeling and Acting salary were estimated at NIS 2.4 million, which was ahead of a number of other famous Israeli models. In 2007, 21-year-old Gadot was in the Maxim photo shoot, “Women of the IDF”, and was then featured on the cover of the New York Post. In April 2012, Shalom Life ranked her Number 5 on its list of “the 50 most talented, intelligent, funny, and gorgeous Jewish women in the world”, behind model Bar Refaeli and actress Eva Green, making her the perfect Jewish speaker for your next event. In 2014, Gadot was one of two Israeli actresses, along with Odeya Rush, listed as an upcoming leading lady by InStyle magazine.

ACTIVISM: Ever since taking on Wonder Woman, Gal Gadot channeled her character and has become a feminist icon in the eyes of many. Gadot uses her voice to encourage society to continue the fight for gender equality and to make strides towards equal opportunity, power, and rights. GQ Woman of the Year, Gal Gadot, explains that “Feminism is not about burning bras/hating men or growing hair under the armpit. It’s simply about EQUALITY between men and women. Equal pay, equal opportunities, etc. We should all be feminists!” Motivational speaker Gal Gadot is continuing to be a role model in more than just one way.

Her involvement with the nonprofit Pencils of Promise aims to grant equal access to education for children in underprivileged areas worldwide. Using her large social media following, in which just Instagram alone she has over 30 million followers, she’s working towards raising funds that’ll fully be donated and can be used to construct a school in order for children to have equal opportunities for happiness and success.

WORK WITH GAL GADOT: Would your organization like to hire Gal Gadot for an endorsement, public relations campaign, or one of a kind appearance at your next conference or special event? Contact Celebrity Speakers Bureau today to hire Gal Gadot or another great celebrity speaker via email at booking@celebrityspeakersbureau.com .