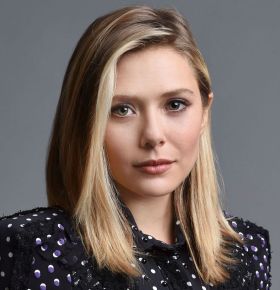 Celebrity Speaker Elizabeth Olsen may be the little sister of childhood stars Mary Kate and Ashley Olsen, but the younger Olsen is already making a name for herself. Although she started out with small roles in several of Mary Kate and Ashley’s productions, Elizabeth stepped out of her sisters’ shadows when she got the role of Martha in the 2011 film Martha Marcy May Marlene. The movie, which also starred John Hawkes, Sarah Paulson, and Hugh Dancy, received critical acclaim and mostly positive reviews; Elizabeth’s portrayal of the delusional and traumatized Martha put the young actress on the map and earned her several award nominations and wins, such as Best Breakout Performance from the Alliance of Women Film Journalists and the Chicago Film Critics Association Award for Most Promising Performer, among others.

Elizabeth’s filmography also includes Red Lights alongside Robert De Niro and Liberal Arts with Zac Efron and Josh Radnor, both in 2012. In 2013, Elizabeth appeared in Kill Your Darlings with Daniel Radcliffe and Very Good Girls with Dakota Fanning. Most recently she filmed Captain America: The Winter Soldier and the much anticipated Godzilla in 2014. The remake of the original Japanese movie, which co-stars Aaron Taylor-Johnson and Bryan Cranston, set a 2014 record for earning the most money on opening day after amassing $38.5 million its first day in theaters. It was recently announced that Elizabeth has a role in the movie Avengers: Age of the Uptron as the Scarlet Witch; the film is has an all-star cast that includes the likes of Robert Downey, Jr., Chris Hemsworth, Chris Evans, Scarlett Johansson, Samuel L. Jackson, and Jeremy Renner. The celebrity speaker is currently filming for the upcoming movie Captain America: Civil War which will debut in 2016. Elizabeth studied at New York University’s Tisch School of the Arts, and even spent a semester at the Moscow Art Theater School in Russia. Elizabeth has been featured on the covers of Nylon and Marie Claire U.K.