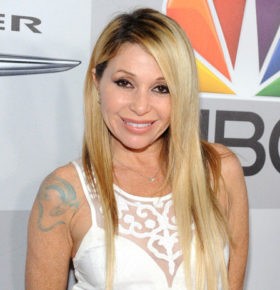 Celebrity speaker, actress, and singer-songwriter, Elizabeth Daily, aka E.G. Daily, has been a fan favorite since her breakout role as Dottie in Pee-wee’s Big Adventure in the 1980’s. Throughout her acting career, Daily has appeared in some of the most popular television series of all time, including Friends, Laverne & Shirley, and Fame. While she is famous for her onscreen roles, E.G. Daily is perhaps more recognized as the voice of several well-known animated characters including Tommy Pickles in the Nickelodeon series Rugrats and Buttercup in The Powerpuff Girls. Daily played the voice of the Rugrats main character for the thirteen years that the show aired, contributing to the success the series which would remain the network’s top rated show for five years in a row and go on to win four Daytime Emmy Awards.

A talented musical artist, Elizabeth plays many instruments including guitar, keyboards, percussion, and the harmonica in addition to singing. Daily’s first album, Wild Child, included her hit single Say It, Say It, which took the No. 1 spot on the Hot Dance Music chart and made the Billboard Hot 100. She would go on to release three more albums including Lace Around the World, Tearing Down the Walls, and Changing Faces. Many of E.G. Daily’s songs would go on to be featured in soundtracks for such movies as Scarface, Thief of Hearts, Circuit, Summer School, and The Breakfast Club.

Elizabeth Daily continues to pursue her passion for a singing career. In 2013 she appeared on the fifth season of the hit reality singing competition series, The Voice, as a contestant. She sang Faith Hill’s hit song, Breathe, in the blind auditions hoping to turn the chairs of famous musical artists and judges Christina Aguilera, Blake Shelton, Cee Lo Green, and Adam Levine for a chance to continue in the competition. Cee Lo and Blake saw potential, each turning their chairs for E.G. Daily who chose the country music star Blake Shelton to be her coach.