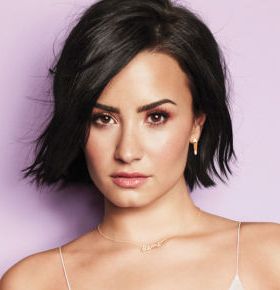 Celebrity Speaker Demi Lovato is an established actor who has blossomed into a pop music icon as her career has evolved.

She began her acting career at a young age starring in the popular children’s show Barney & Friends. She then continued her acting career landing various guest roles in television shows, then became popular with young teens throughout the country when she starred in the Disney Channel movie Camp Rock. Debuting her musical talents in Camp Rock, this television film role led her to her first recording contract with Hollywood records. She released her first album entitled Don’t Forget, and it became certified gold from its high sales.

Celebrity Speaker Demi Lovato’s singing career continued to take off as she went on to release platinum hits such as Give Your Heart a Break, Heart Attack, Neon Lights and Really Don’t Care. Through all the music success, Lovato also maintained her television career. Disney Channel gave Demi her own TV show, Sonny With a Chance, and she also reprised her role of Mitchie Torres in Camp Rock 2: The Final Jam. She also served as a judge in the second season of the American version of The X Factor alongside Britney Spears and Simon Cowell. You can find Demi in the hit show Glee as well as she contributed her talents in season 5.

However, underneath all the success and fame was a girl burdened with physical and emotional stress.  While touring with popular boy band The Jonas Brothers, Lovato announced that she would be entering rehab for her struggles with bulimia and self-medicating with drugs and alcohol. During this time she was also suffering from severe nervous breakdowns and was diagnosed as bipolar disorder. Despite these challenges, Demi was able to turn her life around. Following treatment she became a contributing editor for Seventeen magazine to describe her struggles and help give advice to other girls who might fighting with the same body image and stress issues Lovato suffered from. MTV also aired a documentary called Stay Strong about Demi’s journey to recovery, and she wrote a book entitled Staying Strong: 365 Days a Year, which topped the New York Times bestseller list.

Celebrity Speaker Demi also dedicates a lot of her time to philanthropic efforts.  She is an Honorary Ambassador of Education for the American Partnership for Eosinophilia Disorders as well as a spokesperson for DoSomething.org and Join the Surge Campaign, which encourages teens to take action in their communities.  To add to the list, Lovato was featured in a 2010 public-service announcement for Voto Latino to promote the organization’s Be Counted campaign for the 2010 United States Census. She also worked for the school-advocacy campaign A Day Made Better, the anti-bullying campaign PACER, Kids Wish Network, St. Jude Children’s Research Hospital, and another anti-bullying campaign Mean Stinks. Most recently, Lovato has started campaigning for gay rights.