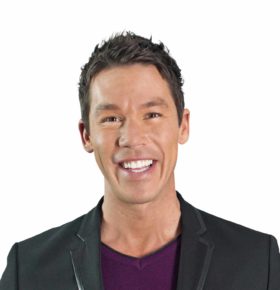 Home and Garden Speaker David Bromstad is an interior designer best known for winning the first season of the HGTV popular reality television series, HGTV Design Star. On the show, Bromstad competed against nine other interior designers in challenges including designing a New York City Townhouse, $10,000 Kitchen Makeover challenges, Create a Dream Room, and several others. The deciding winner of each challenge was determined by celebrity designers Vern Yip, Genevieve Gorder, and InStyle magazine’s Executive Editor, Martha McCully. After all of the challenges, Bromstad’s grand prize for being the winning the whole competition and being named Design Star was a car and the chance to host his very own design show on HGTV. David Bromstad’s show, Color Splash, debuted in 2007 as a weekly series. On the show, David uses dramatic colors and accessories to transform homeowners’ poorly decorated houses into bright, welcoming places. In 2012, Bromstad returned to the set of HGTV Design Star, this time, as host and celebrity designer mentor to the contestants. He has also appeared in other television programs including HGTV Dream Home Giveaway 2007, The Ultimate Color Guide, Bang for Your Buck, and First Time Design.

Home and Garden Speaker David Bromstad’s successful television career also brought great publicity. David has made appearances on many daytime programs including The Ellen DeGeneres Show, The Nate Berkus Show, The Oprah Winfrey Show, and The Wendy Williams Show. He has also been featured in People magazine, Better Homes & Gardens, and USA Today giving design advice to readers. Bromstad has also been given the opportunity to work with some of the biggest companies in the world as a spokesperson, including Sherwin Williams, Microsoft, Pier 1, and Dupont.