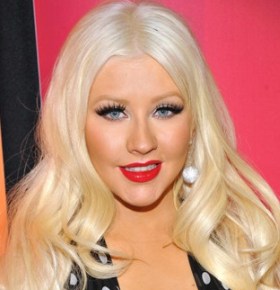 Celebrity Speaker Christina Aguilera is an empowering female recording artist who has set the world on fire with a number of chart-topping hits and a vivacious personality to match!

Christina Aguilera has been in the spotlight since she put on her Mickey Mouse ears over two decades ago. Starring alongside pop-stars Britney Spears, Justin Timberlake, and Hollywood actors Keri Russell and Ryan Gosling, Christina was part of the Mouseketeer roster for the hit show, The All New Mickey Mouse Club, as a musical talent and actor for two seasons before the series concluded. Like many of her fellow Mouseketeers, Christina Aguilera rose to fame soon after the show ended with the release of her self-titled album, Christina Aguilera, which would earn Aguilera her first Grammy Award. The album featured the song Genie In A Bottle which debuted at number one on the US Billboard 200 chart and her No. 1 single, What a Girl Wants.

Celebrity Speaker Christina would go on to win several more Grammy’s throughout her career, including the Award for Best Pop Collaboration with Vocals, which she shared with music mega-stars Pink, Mya, and Kimberly ‘Lil’ Kim’ Jones for their song Lady Marmalade which the foursome produced for the box office hit Moulin Rouge! in 2002. Over all, Christina has released seven studio albums, many of which went Platinum selling over 50 million albums to date.

Aguilera’s musical talent has led her to explore her talents in other areas of the Entertainment industry as well. In 2010 Christina starred in her first role as an actress in the musical film, Burlesque, where she co-starred alongside the legendary singer and actress, Cher. In 2011, Christina was announced as a full-time judge and coach for the hit reality musical competition show, The Voice, on NBC. Aguilera joined fellow music stars Cee Lo Green, Adam Levine, and country star Blake Shelton who were also announced to be judge/coaches on the show. Christina appeared as a judge for the first three seasons and returned for season five in 2013.