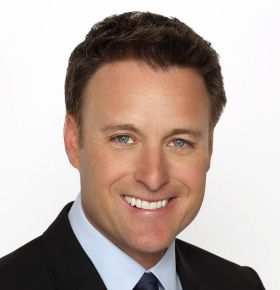 “Will you accept this rose?” Celebrity Speaker and TV host Chris Harrison is most well known for his role as host on ABC’s hit reality show The Bachelor and its counterpart, The Bachelorette. Millions of fans hear him deliver this famed line each season as men and women compete for the love of one Bachelor or Bachelorette. Harrison has starred as host of The Bachelor since 2002 and The Bachelorette since 2003, bringing love to new celebrity names such as Season 8 Bachelorette Emily Maynard and Season 17 Bachelor Sean Lowe. Other television roles include starring as co-host of Designers’ Challenge on HGTV, co-host of Hollywood 411 on the TV Guide Channel, and host of Mall Masters on Game Show Network.

Prior to landing his role on ABC, Celebrity Speaker Chris Harrison was a sports reporter for the CBS affiliate KWTV. His hosting resume continued with his appearance on the American Music Awards pre-show with Dancing with the Stars judge Carrie Ann Inaba and Nicole Scherzinger of The Pussycat Dolls. Not only does Harrison have the talent of bringing people together in The Bachelor and The Bachelorette to find love and an incredible spokesperson resume, but he also has been the emcee for the Miss America Pageant for the last four years. He hosted the beauty pageant alongside Brooke Burke, co-host of Dancing with the Stars, for the past three seasons.

A versatile character, Celebrity Speaker Chris Harrison has also had his share of acting roles, such as in the hit series Alias, The Practice, Six Feet Under, Sabrina The Teenage Witch. He also plays himself in the parody Date Movie and has appeared on countless television talk shows including The Ellen DeGeneres Show, Live with Kelly and Michael, ABC’s Rachael Ray show, Entertainment Tonight, and Jimmy Kimmel Live! He was also asked to appear on an episode of Iron Chef America as a judge and TV host.