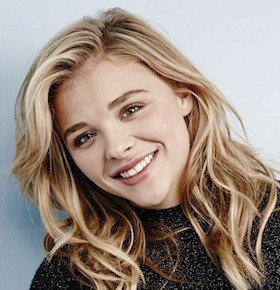 Celebrity speaker and actress Chloe Grace Moretz has taken Hollywood by storm. Beginning her career at the tender age of seven, Moretz has starred in such blockbuster hit films as The Amityville Horror alongside Ryan Reynolds, 500 Days of Summer with Joseph Gordon-Levitt and Zooey Deschanel, Diary of a Wimpy Kid, Hugo, Dark Shadows, and many more. Chloe made several appearances on the small screen as well, starring in recurring roles on the hit ABC shows Dirty Sexy Money and Desperate Housewives as well as guest appearances on The Tonight Show with Jay Leno, The Ellen Degeneres Show, Chelsey Lately, Entertainment Tonight, Live with Kelly and Michael, Jimmy Kimmel Live and many more.

Known for taking roles playing dark and troubled characters, Chloe Grace auditioned for the role of Carrie, the main character of the film called Carrie, which was based on the re-adaptation of the book written by Stephen King. After receiving the news that she got the role, Moretz admitted she felt intimidated taking on the role, not only because she was playing a character created by one of the most iconic authors of all time, but also because she was remaking the 1976 Carrie film which received much critical acclaim and two Oscar nominations. Chloe Grace Moretz has received many nominations and won many awards for her performances throughout her career thus far. In 2011 she won the Best Newcomer Empire Award for her work in Let Me In and Kick-Ass and in 2012 she was awarded the People’s Choice Award for Favorite Movie Star Under 25 and the Young Artist Award for Best Performance in a Feature Film – Leading Young Actress for Hugo.