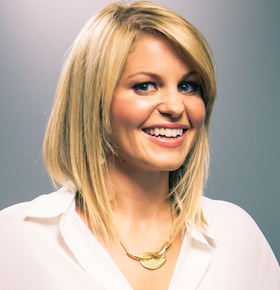 As a part of the lovable cast on the hit 90’s TV series Full House, actor, producer, author, and celebrity speaker Candace Cameron Bure has enjoyed her moment in the spotlight. Her career has spanned numerous TV and movie roles and she now uses her experiences in the entertainment industry to inspire others. She has also utilized her talents as a writer to create a New York Times Best-Selling book titled Reshaping It All: Motivation for Physical and Spiritual Fitness encouraging women to live a healthier lifestyle and build on their faith. Her most recent publication Balancing It All: My Story of Juggling Priorities and Purpose, details her journey through her acting career while also starting a family, and how women can learn to better balance all the things in their life from her story. She made a return to TV in 2014 as a cast member on the hit ABC dance competition series Dancing with the Stars with partner Mark Ballas.

Growing up in the 80’s, Celebrity Speaker Candace followed in the footsteps of older brother Kirk Cameron and began her acting career at a very young age in TV commercials. At barely 10 years old she was accumulating guest roles in a few popular American sitcoms including Who’s the Boss? and Growing Pains. It was in 1987 when Candace would begin her 193 episode run on the hit show Full House starring as the eldest daughter Donna Jo of Danny Tanner, portrayed by Bob Sagat. The show’s cast was full of current and eventual stars such as John Stamos, Mary Kate and Ashley Olson, and Dave Coulier. Her role on the show open up the opportunity to host the Nickelodeon Kid’s Choice Awards twice and won the Kid’s Choice Award for Favorite TV Actress at her second hosting appearance in 1994. During her time on the show she also starred in made-for-TV movies and major films including Punchline starring Tom Hanks and Sally Field.