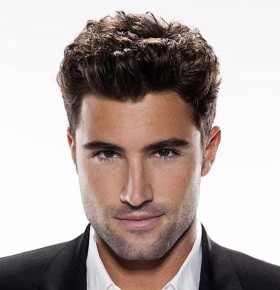 Celebrity Speaker Brody Jenner has been in the Hollywood spotlight his entire life. He is an actor, model, and television personality. Highly known for his association with the Kardashian family, Brody has been on many episodes of their show thus being able to use it as a platform to not only boost his television presence, but also as a way for fans to learn more about him.

Celebrity Speaker Brody Jenner grew up in Los Angeles California along with his brother Brandon Jenner. In 2005 the Jenner boys along with their mother Linda Thompson, and close friend Spencer Pratt first hit the television screen while starring in The Princes of Malibu. Because of the show and his newly budding relationship with television personality Lauren Conrad at the time, Brody was offered a spot on The Hills in 2007 which Lauren was already a large part of. The Hills is a spin-off show from Laguna Beach: The Orange Country that followed a few young adults, including Brody, through their life. It showed interactions with one another, trouble and drama they may have fallen into, and all the fun that was to be had in Laguna Beach. Just a few short years later he decided to leave the show to pursue his own opportunities that Brody believed would benefit him more. Since then Brody has gone on to model for companies including Guess and Agent Provocateur, and Cosmogirl Magazine.

His father, Olympic Decathlon gold medal winner Caitlyn Jenner married Kris Jenner who is the mother of famous personalities Kim, Khloe, and Kourtney Kardashian. Brody can be seen on season eight of Keeping up with the Kardashians. Bruce Jenner won his Olympic gold medal at the 1976 summer games held in Montreal Canada. He is now able to use his knowledge of overcoming adversity to win as a motivational tool during his speeches and events.