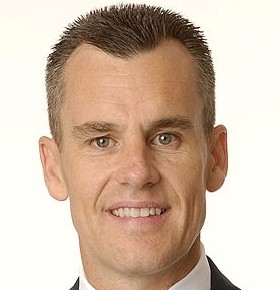 Billy Donovan is an American college basketball coach who is well-recognized as the head coach of the Florida Gators during their rise to basketball prowess in the last 2 decades. With 450 wins and counting, Sports Speaker Billy is now the basketball coach with the most wins in Florida program history and his success has helped lead the Gators to 2 consecutive NCAA National Championships in 2006 and 2007. His work to transform the idea of Florida athletics from just a football powerhouse to now a known basketball powerhouse speaks volumes of his ability to influence others and showcases his exceptional leadership qualities. Billy is now the head coach of the Oklahoma City Thunder.

After taking the head coaching job at Florida in 1996, Sports Speaker Billy has led the Gators to the playoffs every year since the 1997-1998 season. Billy’s basketball knowledge stems from his own playing career in which he played college basketball for Providence College. Playing under legendary coach Rick Pitino, he worked to become a leading scorer for the Friars and in turn develop a bond with Coach Rick Pitino that eventually gave him his first coaching opportunity. He honed his skills studying as a graduate assistant under Pitino at the University of Kentucky before becoming the team’s assistant coach by 1992. His first head coaching job came with the Marshall Thundering Herd in 1994 and made him the youngest coach in the NCAA at 28 years old. In his first year he would double the team’s wins from the previous season and won the Southern Conference Coach of the Year Award.

Sports Speaker Billy’s coaching career at Florida has been highlighted by his team’s consistent success in the tournament and his ability to recruit a number of the nation’s top prospects over his tenure with the school. His 2006 and 2007 championship teams contained 3 future NBA players including Joakim Noah, Al Horford, and Corey Brewer. Other notable NBA players that played for Coach Donovan include Bradley Beal, Mike Miller, and Chandler Parsons. His Florida basketball team accolades amount to 4 SEC Tournament championships, 4 Final Four appearances, and 3 SEC Coach of the Year Awards.