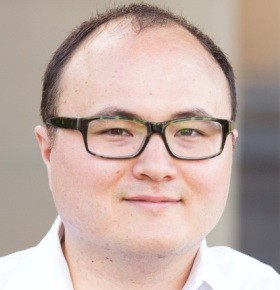 Award-winning journalist, author, entrepreneur, and Internet and Technology Speaker Ben Parr is an expert on attention. His knowledge of attention and the technology industry has led him to help teach dozens of startups and Fortune 500 corporations how to gain attention for their products. He is well known for his work with Mashable, coming on as a writer and working his way up to Editor-at-Large during his three year tenure there. Ben’s work has been featured in many reputable news productions such as The Wall Street Journal and The New York Times, and TV programs including spots on CNBC, CNN, and Fox News. The Public Relations Society of America has named him a “Technology Industry Trendsetter, Luminary & Chronicler.”

Based in San Franscisco, Internet and Technology Speaker Ben Parr is the co-founder of the venture capital firm DominateFund, which earned him and his business partners and co-founders Matt Schlicht and Mazy Kazerooni spots on Forbes 30 Under 30 in 2012. All three have backgrounds in media and viral marketing which has lead the team to look outside of their original target audience of Hollywood to viral marketing. He also currently works as a columnist and commentator for CNET, where he publishes his column The Social Analyst about trends and companies and other news about the tech and social media universe and at Inc. Magazine, where he writes a column based on business and entrepreneurship.

Ben’s book titled Captivology: The Science of Capturing People’s Attention, released in 2015. The book highlights Ben’s ideas on the science of attention, why we pay attention to the things that we do and how to capture and retain someone’s attention. The book also compiles the ideas of multiple “Masters of Attention,” including Facebook’s Chief Operating Officer Sheryl Sandberg, director Steven Soderbergh and researcher Dr. Michael Posner among others. Ben’s overarching principle for himself is, “I have the ability and the responsibility to change the world for the better,” which he takes to heart in everything he does.