Celebrity speaker Anya Chalotra is a 23-year-old actress from Wolverhampton, England. She is most famously known for her role in The Witcher as Yennefer of Vengerberg. In 2018, Anya also played a role in Wanderlust, which is a British television series.

Anya Chalotra’s family is Indian-British, as her mother is English and her father is of Indian descent. She has an older sister and younger brother and has been an actress since 2016, after she went to school for music and drama. Anya went to the London Academy of Music and Dramatic Art and the Guildhall School of Music and Drama. Chalotra appeared in many different productions at the West End Theatre. These productions included The Village and Much Ado About Nothing. She has also appeared in The ABC Murders in 2018, and Sherwood in 2019. 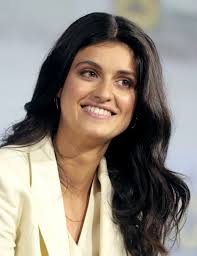 This actress for hire has almost 770,000 followers on her instagram, and supports Earth Alliance, a Nonprofit Organization that advocates for the preservation of the planet and its inhabitants. Anya also advocates for Girl Child which hosts photography events and projects that are inspired by a father’s experience with his two daughters in South Asian communities. These events  portray the difficulties and issues with gender preference in households, with the purpose of better educating viewers.