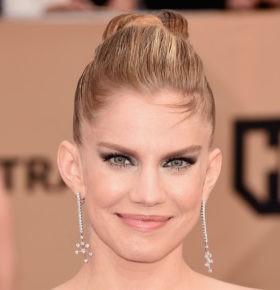 Actress Anna Chlumsky got an early start in Hollywood as a child star, rising to fame as Vada Sultenfuss in the successful coming-of-age film My Girl and its sequel, My Girl 2. Celebrity Speaker Anna acts opposite Macaulay Culkin, Jamie Lee Curtis, and Dan Aykroyd. As the young actress grew up, she began to consider careers outside of the show business, and went on to enroll as a student at the University of Chicago. After graduating with a degree in International Studies and trying her hand at other jobs, the pull back to Hollywood was too strong, and the actress decided to return to her passion. In 2007, she resurfaced with appearances in 30 Rock and Law & Order.

In 2012, Anna joined the cast of the political satire Veep, an HBO series co-starring Julia Louis-Dreyfus, Tony Hale, and Matt Walsh. The critically acclaimed and Primetime Emmy Award nominated show received the Writers Guild of America Award for Television: Comedy Series and joined the ranks of The Office, Modern Family, and 30 Rock as the only comedy series to be recognized by the Writers Guild of America and the Screen Actors Guild in the same year. Anna received an individual Primetime Emmy Award nomination for her portrayal of the ever-loyal chief of staff Amy Brookheimer; the My Girl star drew on her experience playing Liza in the British film In the Loop, which was a source of inspiration for Veep. Since making a comeback in her acting career, Anna has had supporting roles on shows like Army Wives, Law & Order: Special Victims Unit, and White Collar. Anna has appeared on Broadway as well, in You Can’t Take It With You, and beginning in April 2015 as editor Iris Peabody in the comedy Living On Love, with Renee Fleming, Jerry O’Connell and Douglas Sills.

Though in her former days Anna claims she was spoiled rotten as a child actor on set, these days she remains down to earth and humble, even though people still recognize her as Vada from My Girl. She is married and has a daughter named Penelope.