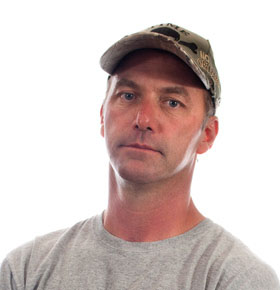 Captain Andy Hillstrand is one of the longstanding stars of Discover Channel’s extreme reality series Deadliest Catch.  Hillstrand was born and raised in Alaska, along with his brother John who also stars on the show, and is the third generation of fisherman in his family.  You can still find the Captain in Alaska today, during King Crab and Opilio Crab season, in the wheelhouse of the boat fighting against the rough, and dangerous, waters of the Bering Sea. Deadliest Catch, Andy’s claim to fame, premiered in April 2005, and has been running ever since. Earning numerous Primetime Emmy Awards and outstanding ratings, the non-fiction series has been wildly successful. The popular show received its name from the extremely dangerous nature of commercial fishing, as the Bureau of Labor Statistics ranks it the job occupation with the highest fatality rate.  Despite the perils of his occupation, Celebrity speaker Andy Hillstrand is one of the best in the business.  He is the epitome of a professional fisherman, as he can rewire electrical systems, stitch up an injured crew member, and of course, catch crab. He even saved his ship, Time Bandit, from rolling over as it was under the weight of 10,000 pounds of frozen spray.

In addition to his fisherman duties, Andy is extremely devoted to his wife of 26 years, Sabrina, and his two grown daughters, Chelsey and Cassandra.  He also recently became a grandfather when Chelsey and her husband Corbin had their two little boys. When it’s not crab season, Hillstrand and his family live at their ranch in Indiana, where he operates his other business, Hobby Horse Acres. In this business Andy, a past barrel horse racing champion, trains horses and gives riding lessons to adults and children with his wife. The celebrity speaker is also known to have many other interests such as hunting, playing the drums, remote control airplanes, and diving and snorkeling.