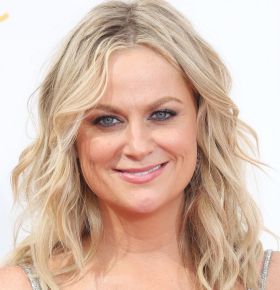 Celebrity Speaker Amy Poehler is a comedian, actress, producer, and host/emcee who is most well-known for her role on the hit show Saturday Night Live (SNL) on which she appeared regularly from 2001 to 2009.

Poehler was nominated two years in a row for the Primetime Emmy Award for Outstanding Supporting Actress in a Comedy Series for her work on Saturday Night Live. Following her departure from SNL, Amy Poehler went on to star in and co-produce the NBC comedy television series, Parks and Recreation. The series was extremely successful, earning a Primetime Emmy Award nomination for Outstanding Comedy Series and a Golden Globe Award nomination for Best Television Series – Musical or Comedy. Amy Poehler has been nominated for five Primetime Emmy Awards in the Outstanding Lead Actress in a Comedy Series category and one for Outstanding Writing in a Comedy Series for Parks and Recreation. In 2012, Time magazine named Parks and Recreation the number one television series in their year-end lists issue. In 2008, Poehler began a digital series with two of her friends titled Smart Girls at the Party to help girls find confidence in their own talents. Her memoir, Yes Please, was released in 2014.

Celebrity Speaker Amy Poehler has also made guest appearances on other television programs including Spin City, Arrested Development, The Mighty B!, Sesame Street, Louie, 30 Rock and many more. On the big screen, Poehler starred in Mean Girls with Lindsey Lohan, Rachel McAdams and Tina Fey, as well as Blades of Glory and Anchorman 2: The Legend Continues. In 2008 she played the lead role alongside friend and fellow comedic actress Tina Fey in the film Baby Mama which also starred award-winning actors Steve Martin and Sigourney Weaver. Poehler is also well-known for co-hosting the Golden Globe Awards with Tina Fey.