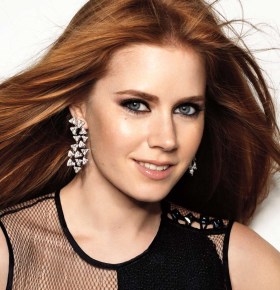 Celebrity Speaker Amy Adams is a singer and award winning actress who has starred in some of the biggest films since her film debut in Drop Dead Gorgeous in 1999.

Since then, Adams has been in such box office hits as Steven Spielberg’s Catch Me If You Can which co-starred Leonardo DiCaprio, Tom Hanks, Martin Sheen, and Christopher Walken. In 2005 she starred in the hit comedy Talladega Nights: The Ballad of Ricky Bobby with costars Will Ferrell and John C. Reilly. After playing supporting roles for the first few years of her career, Adams landed the lead role in the Disney animated/live-action feature film, Enchanted. Going up against three hundred other actreses who auditioned for the part of Giselle in the movie, it was Amy Adams’ overwhelming commitment to the character that earned her the part alongside fellow actors Patrick Dempsey, Susan Sarandon, Idina Mentzel, and James Marsden. As the film garnered huge commercial success, Amy’s popularity in the media grew simultaneously as she was featured on the covers of magazines including Elle, Vanity Fair, and Interview. Throughout her career, Adams has been on cover features of Marie Claire, InStyle, Allure, The Hollywood Reporter, Parade, Life, and W magazines as well.

Celebrity Speaker Amy Adams went on to star in more box office hits for which she earned nominations for Best Supporting Actress by the Academy Awards, Screen Actors Guild Awards, and the Golden Globes. These films included Doubt with Meryl Streep, Philip Seymour Hoffman, and Viola Davis; The Fighter with Mark Wahlberg and The Master with Joaquin Phoenix. In 2014 she received her first Golden Globe Award for Best Actress in a Motion Picture Musical or Comedy for her role in American Hustle which also starred Christian Bale, Bradley Cooper, and Jennifer Lawrence. In 2014, she portrayed Margaret Keane in Big Eyes, for which she won a second Golden Globe and a fifth BAFTA nomination.