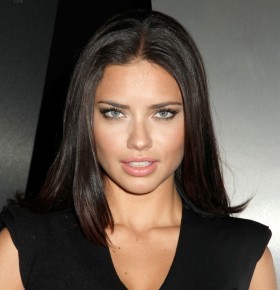 Celebrity Speaker Adriana Lima was born in Brazil, but since the takeoff of her modeling career at the age of fifteen, Adriana has become one of the most in-demand supermodels in the world.

She is perhaps best known as a Victoria’s Secret Angel since her runway debut with the company in 2000. As one of the most popular Angels of all time, Adriana participated in the Angels Across America Tour in 2004 with fellow bombshells Heidi Klum, Tyra Banks, Alessandra Ambrosio, and Gisele Bündchen. From covering national and international publications like GQ, Vogue, Elle, and Cosmopolitan, to heading ad campaigns for Swatch, GUESS?, Doritos, and Maybelline, Adriana’s modeling portfolio has grown rapidly since the beginning of her career.  By 2012, Adriana secured the fourth spot on Forbes’s top-earning model list.

Off the runway, Adriana has made numerous on-screen appearances. Her film debut came in 2001 alongside Mickey Rourke and Forest Whitaker in The Wife; Adriana has also made cameo appearances in How I Met Your Mother, Ugly Betty, and The Crazy Ones. Her 2008 Superbowl ad was the most watched advertisement of the game, and in 2012 Adriana again appeared in Superbowl commercials for Teleflora and Kia, becoming the first celebrity to appear in two ads in one game. Everything Adriana touches, or appears in, seems to turn to gold; Kia’s sales skyrocketed after the commercial’s debut. Countless other campaigns and publications that the featured the Brazilian model have seen increased traffic and sales as a result, from GQ Magazine to clothing company Mavi Jeans. In 2015 Adriana achieved multiple company sponsors such as Marc Jacobs any others. Adriana’s ability to captivate an audience is obviously unparalleled.

There is more to Celebrity Speaker Adriana Lima than just her pretty face. In addition to her ability to take a fierce photo, the Victoria’s Secret Angel has been praised for her friendly and easygoing personality. She is a devout Roman Catholic and does volunteer work with the children’s orphanage Carminhos da Luz in her home country of Brazil. Known for impressively opening the 2011 Victoria’s Secret Show just two months after giving birth, the mother of two encourages living a healthy and active lifestyle.